How two summer interns survived
the hot summer heat of 2018

Not a single day in my internship boring me
Sujin Kim, an intern in Finance Marketing Team

There is a first time for everything and it always feels awkward - first interview, first internship. I met with other interns in my group who were as shy as I was on the first day of orientation. Unlike other groups that were pretty loud, nobody in my group spoke. The sheer silence made me feel like I was at a Buddhist temple. It was curling, one of the ice breaker activities that shifted the vibe. My group worked hard leaving our awkwardness behind and we made it to the final without really realizing it! The moment our victory became clear, we hugged each other celebrating and the awkwardness faded quickly. The glory of the day that we kept in our minds brought us so much closer and we were able to build a stronger bond during the rest of the orientation. 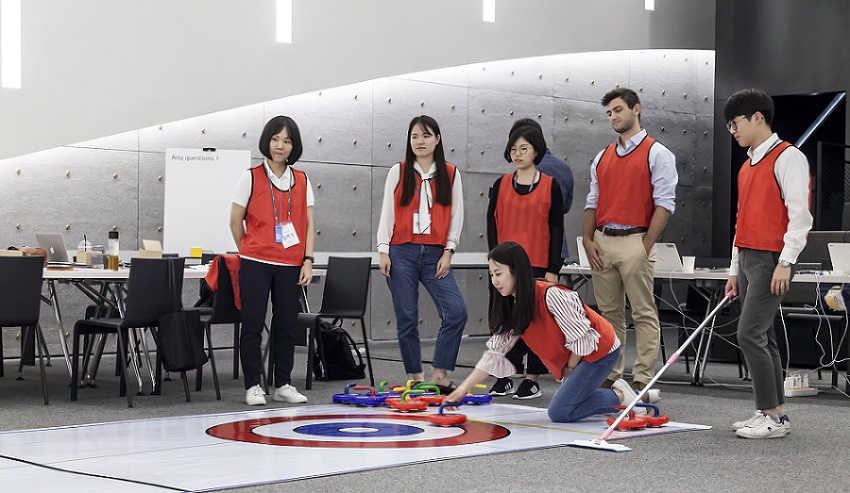 When I was about to get used to my internship life, I faced with something new called ‘Job Fair’. It was a venue where I needed to get noticed by colleagues that I saw for the first time. I was reminded of college admissions consulting in my senior year at high school. If there is any difference, it is the fact that I can get to imagine what it would be like working together with the people that I met today. I recall that I visited a team booth that I had wanted to know about the most, did a little self-promotion and told them from the bottom of my heart what I would like to learn from the team. A colleaugue who sat in front of me that day became my mentor who is sitting across from me today. This is how my internship began in earnest. My mentor arranged lunch appointments with colleagues in other teams everyday, so my calendar is fully booked. I like my lunch break which usually starts with questions like “Where do you live?”, “Why did you apply to this company?” or “What do you want to do?” because it is not boring at all. 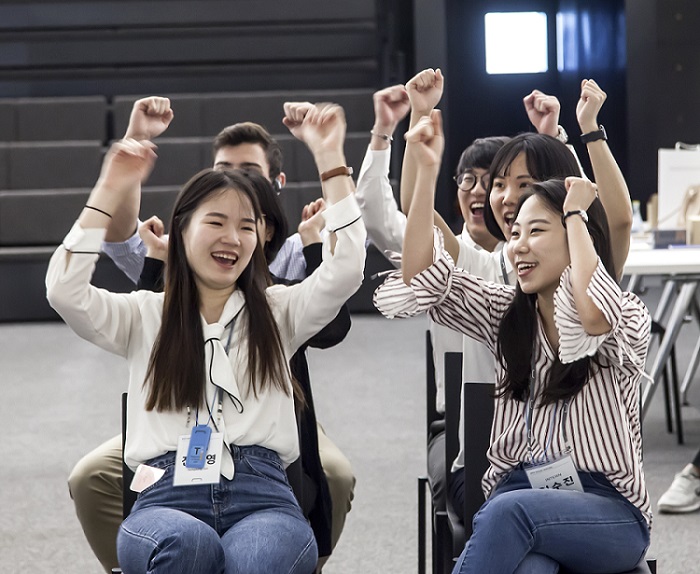 It is my second week now since I joined Finance Marketing Team as a newbie. I’m all over the places everyday. I didn’t know what to do when I thought I lost the keys to my drawers one day and spilt coffee on the floor when I tried to look like an officer worker by having a cup of coffee all of a sudden the other day. I am also busy writing down all the jargon used in big meetings that I couldn’t understand. Yet, I enjoy things being new. I am glad that I’m doing my internship and it is wonderful that I have started my internship here at Hyundai Card and Hyundai Capital. I learn a lot from my team members who are nothing but kind to me. When I talk to other interns on my way home after work about what our days are like today, nothing is more fun in the world.

I bet my internship would end when I start to get used to my new daily routines. When looking back on this summer some day later, I believe it would be remembered as one of the most cherished moments in my life. I hope I can be someone who actually enjoys today, the rest of the summer and even this record summer heat for future me

Be a relentless learner

It is my second week coming to the Seocho Office as an intern in Knowledge Engineering Team. I’m used to it now, but on my first day at work I got quite perplexed. The working space without cubicles, meeting rooms free of doors, people wearing earphones and coding standing up, team lead and his team members working as a team - the vibe of the office and the working environment were so different from what I just imagined. I once worked as an intern at a company running vertical organizations, so it was just very new to me feeling like I have walked into a different world. 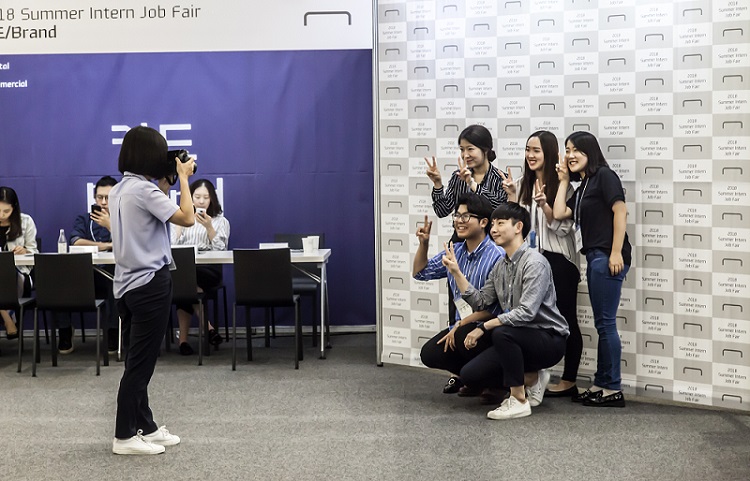 While I was actually working here, I was often surprised at how well the company’s schemes put in place to create a flexible corporate culture such as Flex Time and flexible lunch break policy, work. To be frank, I was suspicious during an internship orientation session about corporate culture, “Do they really work? Aren’t the team members supposed to go along with how their team lead would decide at the end of the day?” I guess my questions arose from me being used to seeing men in suits sprint to catch a train in a subway station during the rush hour. But that kind of scene was hard to find here. Colleagues in office also used to say that they were very satisfied with the corporate culture of the company which respected the way an individual employee works and valued efficiency at work. 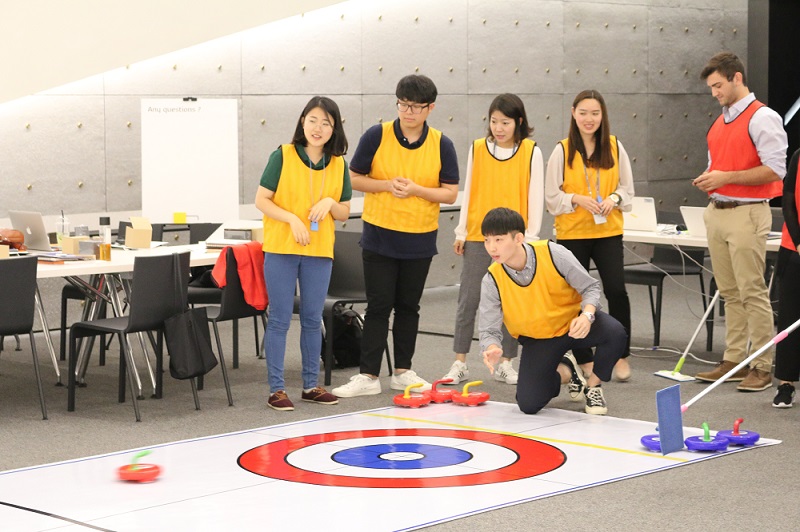 Colleagues who take their responsibilities as seriously as the discretion they’re given with looked all amazing to me. I couldn’t find anyone who tried just to kill time or procrastinate at work. Employees were managing their progress in work via JIRA and daily meetings and so on and doing their roles. After a lunch break, most of them worked standing up to beat their midday slumbers. They could take leave as they want, but did leave only after they sorted out all the issues that might take place during their absence. Looking at how they worked, I kept saying a textbook-like phrase to myself ‘You can earn your rights when you do your duties’. 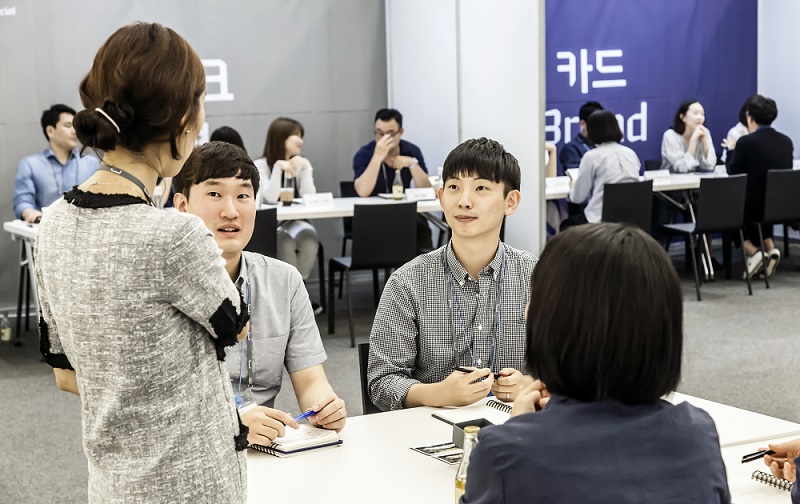 “Suman-nim (an honorific in Korean), let’s join the meeting together!” I remember being surprised at how I was addressed on my first day at work. It demonstrated that the culture of mutual respect is even embedded in how people address each other here. Being able to put forward own opinion and have discussions in a meeting without worrying about your lower rank wouldn’t have been possible, if it were not for a caring mindset at work. Looking back on, I experienced the same on the day of my internship interview. Two interviewers and one applicant were in a job interview for an hour and I was able to share how I had prepared my application processes up to the interview candidly thanks to the interviewers who really listened to what I had to say. Not only in the interview, but also during my internship, I have been naturally immersed in that ‘caring mindset’, so I’m trying to be someone who has the caring mindset, too 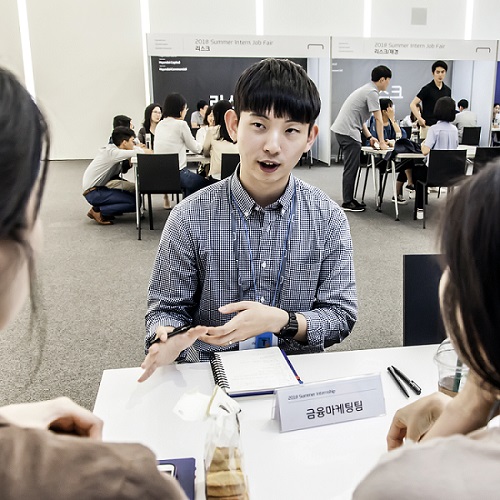 Last two weeks was not long time for sure, but it was long enough for me to experience firsthand not only the company’s corporate culture, but also the professional and caring mindsets of the colleagues. At the same time, it was an opportunity to find what I need to work on more to improve. While feeling grateful for the chance to work with wonderful people in a good environment, I want to keep learning relentlessly for the rest of the summer